Recently I’ve found when I check my “all users” records there are always a series of completely blank user accounts at the top - in my most recent check there were over 20. Does anyone know why this is? They have no content in them at all but I’m worried they might be hacking attempts?

I’ve attached a screenshot to show what I mean: 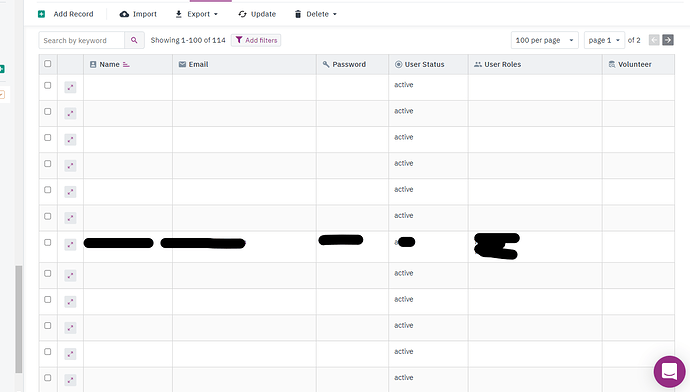 Hm. Is it possible that the user was deleted from the role (e.g. Admins) table, rather than the parent Accounts table? That would explain why the User Roles column is blank, but it wouldn’t explain blank columns for the other fields.

Yes it is quite likely I have deleted some from the specific table rather than the accounts table - I didn’t know that would make any difference. But certainly not the numbers that are showing up completely blank - maybe one or two at most. And why would all their data be wiped?